Since I visited China in 2017, recent news about the persecution of Christians in China is disturbing.   First, crosses were ordered to be removed from churches, and now entire churches have been destroyed by the government.

Where this greatly saddens me, for Christians like churches are defined as the body of people rather than the building, so I hope followers of Jesus in this part of the world can quickly find another location to meet and continue to worship their saviour.   This shouldn’t be a surprise to Bible-believing Christians of any nation, seeing as the scriptures would predict this kind of trouble would happen.

Something I noticed about decorations of roofs of buildings;

I’ve not properly researched this, but every single ancient building in China and modern buildings used for government or religious use has ornamental statues on the corners of the roofs here.

The awkward moment when you realise a famous leader has a similar receding hairline to my own!

This is also true of when I saw of some sort of strange Islamic temple on top of an office building. 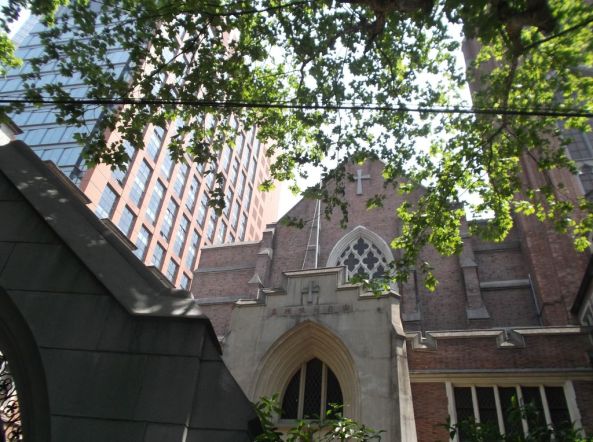 I believe that flags, motifs and other things can be used for good and bad, and historically churches have a cross on the roof to be seen from far away, and to give glory to Christ.   It’s also natural to assume that other religious systems have a need to proudly proclaim their own importance as well.