Rosh HaShana is a festival celebrating Jewish New Year and gives us 2 1/2 days off work, hooray!

I went to a Messianic congregation (a synagogue with Jews that believe in Jesus)  with some friends.  The service is in Hebrew, so I didn’t understand much as I know about 15-20 words but its nice to see the Shofar being blown and join in with the worship (well hum along at least 🙂 )  and chat to some of regular people there.

The next day, on the way out to town, I decided to do some fruit picking.  Grabbing some Pomegranates.  There is some in a row of trees between the two lanes of traffic in a main road near my house.   These ones in a outskirts of a car park near the Zion Hotel. 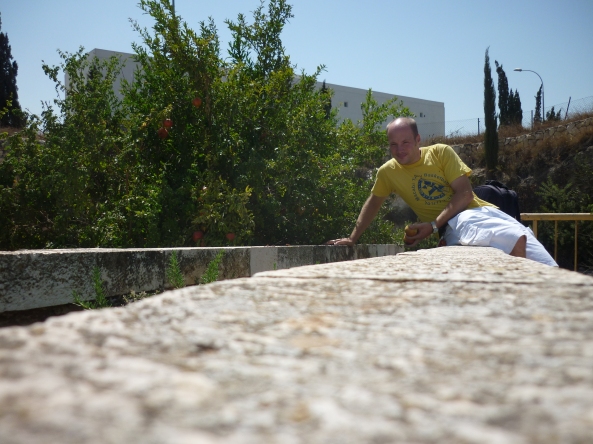 The fruits I got were nothing special, they were quite small and not that sweet.  There were some bigger, more red pomegranates on the other bushes but most of them were rotten.

I think all the pomegranates I see in the UK for sale in say, Tesco are all imported from from Israel and cost about 1.50 each.

Near the abandoned railway station there is a path that goes between roads, its marked up Bible Hill. 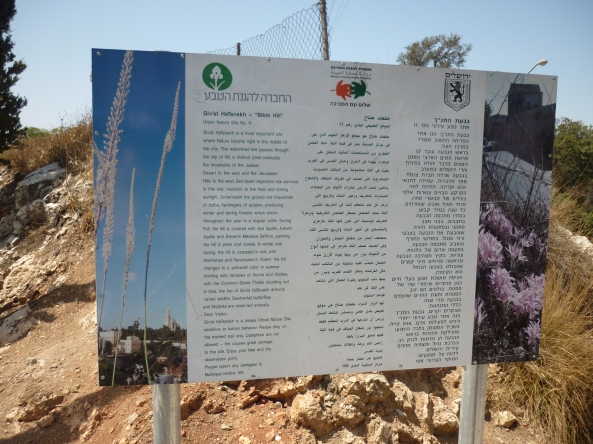 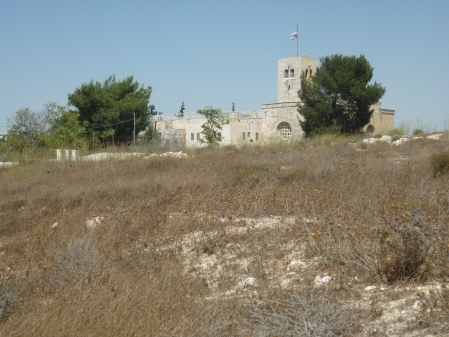 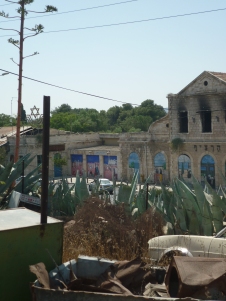 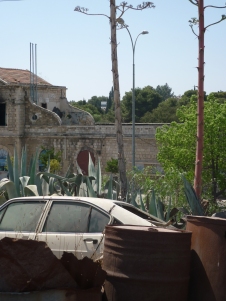 At the top of the hill looking back onto the abandoned station, there are some ruins of a house there.   There is a couple of houses, one of them as lots of junk outside including this wrecked car which looks like an early 1980s Alfa Romeo.  Strange place to find it, as I don’t think a working car could easily get up this steep hill.

I went to the Kotel with my friend Donald from Scotland as its his last day before he goes home.   We took a shortcut through the Damascus gate, as it then around 8pm, its incredibly quiet around the old city as it is both Jewish New Year and also the end of Muslim festival of Ramadan.  From the picture you can see the strings of lights here for Ramadan, not many places are open and its quiet.

The Kotel (Western Wall) is fairly busy as well there. 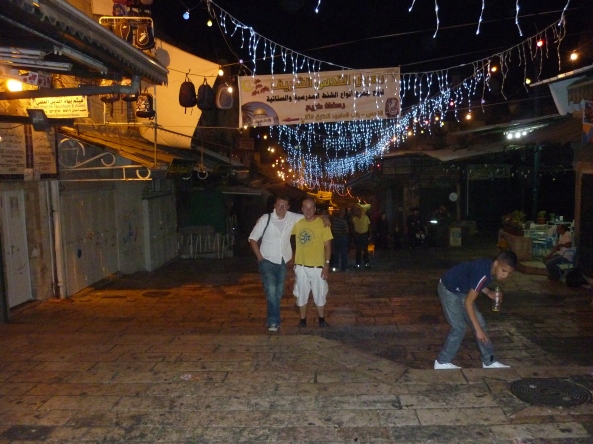 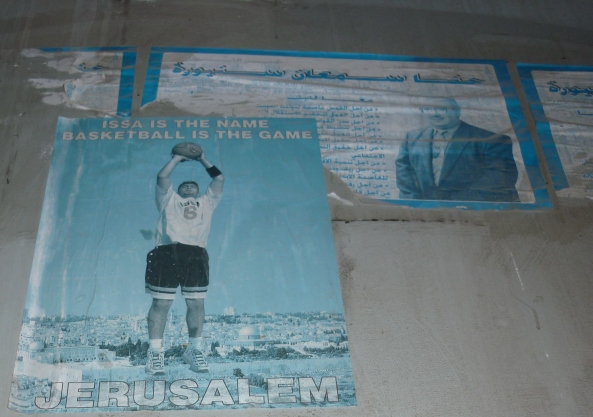 Lastly, this poster seen in the Arab quarter was quite interesting on the way home.   Issa is Arabic for Jesus (Yeshua in Hebrew)  I think its quite common and doesn’t have much significance to most Arabs though.