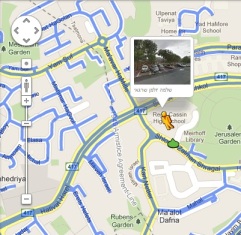 Last year I heard Google wanted to map out by street parts of Israel, this was quite a surprise considering how careful you have to be with security, and I found out that one of my friends he was passed by a Google camera car that drove passed him when they did the pics in November 2011, at last, and now this week the footage goes live!

You can just drive around by finding a street or place to explore by going to maps.google.com and zooming in and dragging the little orange man over the map, after a few seconds it makes a block of the streets blue, let get over your mouse to wander around the streets by clicking on the arrows.

Warning: using Street Map view on Jerusalem if you have physically been here before may make you pine to come back again! 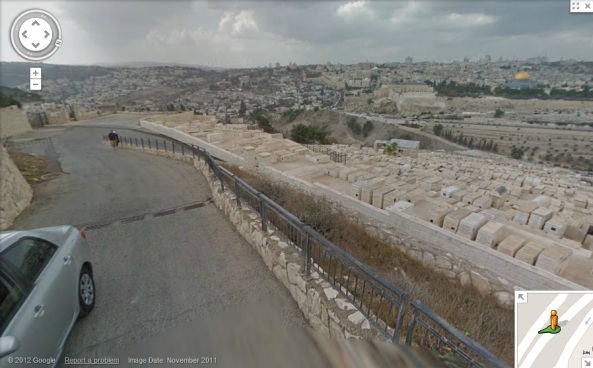 Mount of Olives look east towards the old city 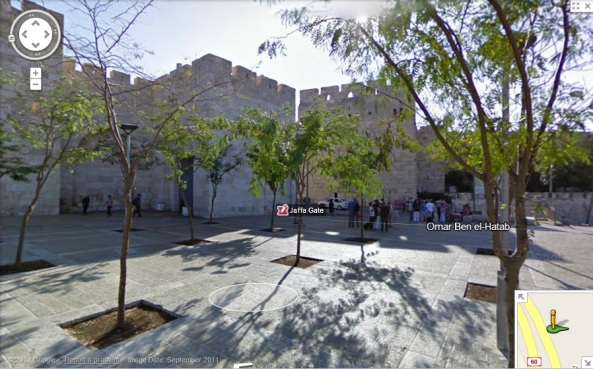 Here is the outside of the Jaffa Gate on Jerusalem’s old city.  Oddly, I don’t see any vendors selling orange juice or cakes outside here.

How about Tel Aviv? 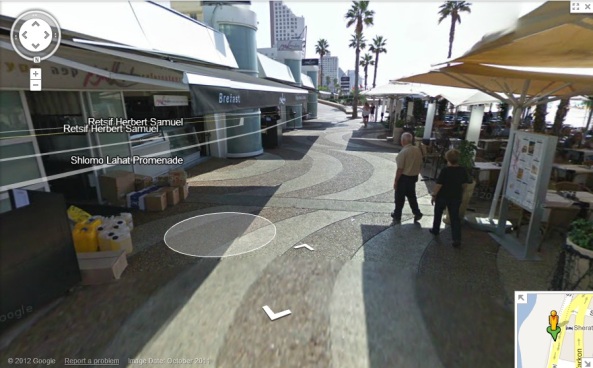 Here’s the beach! this bit has obviously been done on one of those special trikes Google has.   No sign of the Zohan it seems 🙂 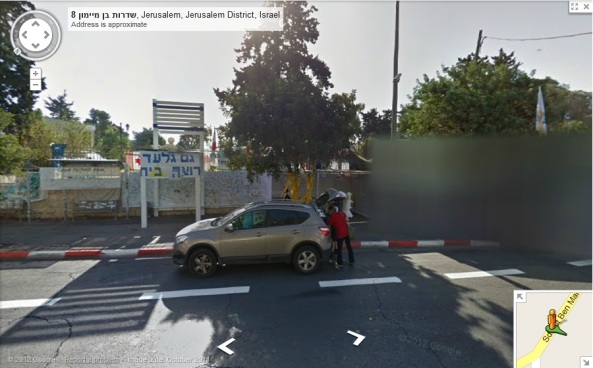 Here is the Gilad Shalit protest tent, which has now gone – Gilad was released from a prison in Gaza after 5 years late last year, a different political group have a tent here instead now.

Note the “wall of ‘blur” which obfuscates the gate to government facilities.

Lets go over to Haifa: 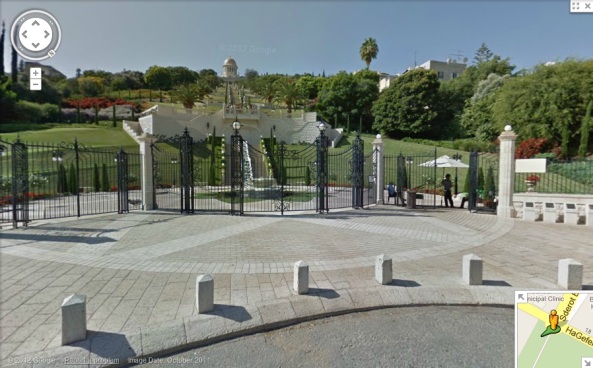 ok, here is the Bahai gardens.

Really, only Jerusalem, Tel Aviv and Haifa feature on there with a few small extras, a kibbutz in Afula, Ben Gurion University campus in Beer Sheva and the Mini Israel museum near Beit Shemesh.   Im guessing these organisations were asked to be early adopters in being customers of Google’s expansion of services here.

As far as suggestions, maybe the increasingly popular paths used for walks by pilgrims seeing the routes Jesus took between Nazareth and Capernaum would be nice, some of the Kinneret (The Galilee – I am sure the Arab boat owners could do a great deal with Google!) and the Dead Sea and Eilat / Red Sea too.

The user interface on Streetmap is still a little awkward at time with my normal laptop touchpad, I think this would work better on a tablet computer by dragging or tapping on directions to go places.