So much for the world famous computer hacking syndicate ‘Anonymous’  who wants to pick on the only democratic country in the middle east.  The country with the largest number of technology patents in the world proportional to the population.

The web site they produced to show their plans to hurt Israel’s infrastructure:

Erm, it got hacked by Israel!!! 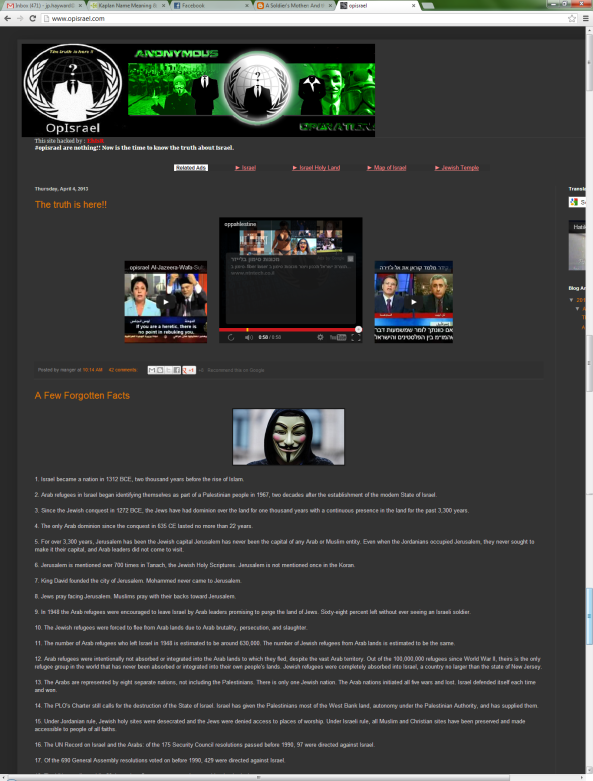 Nice touch showing proper history of this part of the world to those not in the know.

Today seems to be no actual damage to Israeli sites, some propaganda is reusing previous successful attacks on Israel and pretend its 2013 material.