This was Casablanca station when I originally got there, not a great pic, but its quite a huge looking station 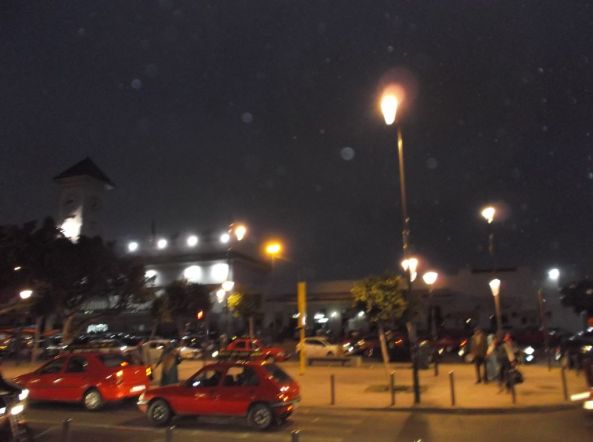 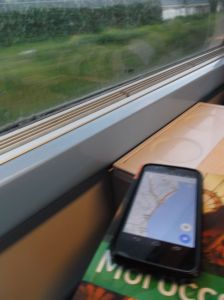 So now, I’m leaving for another city, Fez.

There is quite a large array of platforms as it seems Casablanca is quite a central hub for the rest of the country.

Once getting going, this was a 5 hour journey, with an hour stop in Rabat.   I found I could track my location on my Android phone as the GPS would show in Google Maps even with cellular data switched off which would be costly if I had this on.

Rabat is Morocco’s capital.    I didn’t get to venture out properly except from with these pictures.    It looks quite modern and I like these tree lined boulevards that you see on a lot of streets here. 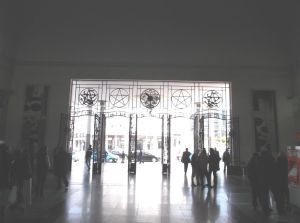 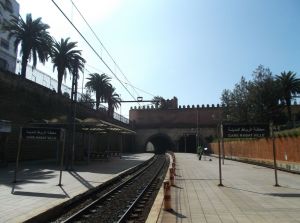 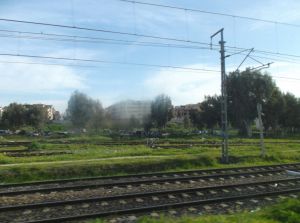 One of the tough parts of this whole trip is seeing some severe poverty.

Looking out of the window there are people living in shacks by the side of the track.   These people look ethnically different from average typical Moroccan (Berber or Arab or inbetween)   These people look like they were from more central Africa.    I’m guessing they are immigrants from maybe neighbouring Mauritania or Senegal.

This was just approaching Fez itself.

On my train in the same carriage, there was young couple very in love who looked in the early 20s, the girl looked Arab and the boy looked more Berber.   Although Morocco does seem to be loyally Islamic, I wonder if showing affection in public in much of the middle east would be possible.

I was looking forward to seeing the ancient city of Fez.

2 comments on “Magnificent Morocco – 18. On the train to Fez”