These yellow flags are around a lot these days 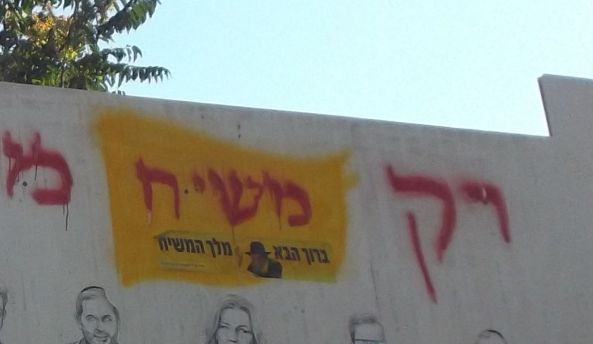 This (unknown) political graffiti message in Jerusalem has been changed by someone to include the Hebrew word משיח which is Moshiach or Messiah, the Chabad Lubavitch movement seem to want to aggressively push their own Messiah, a deceased New York Rabbi called Menachem Mendel Schneerson.    These posters get put up all over the place.

Posters put up in random places of the false Messiah who was just an ordinary Rabbi.

He’s not the Messiah!   Hes dead!   He was born in the Ukraine and died in New York in 1994 and never visited Israel even once!

Micah 5 : 2 “But you, Bethlehem Ephrathah, though you are small among the clans of Judah, out of you will come for me one who will be ruler over Israel, whose origins are from of old, from ancient times.”

This part of the Tanakh shows the evidence the Messiah must come from Israel, more specifically Bethlehem, I’ve emphasised the words here.

Many Jews and even some Christians think Chabad are a good role model for Jewish people, I think they are should be avoided. 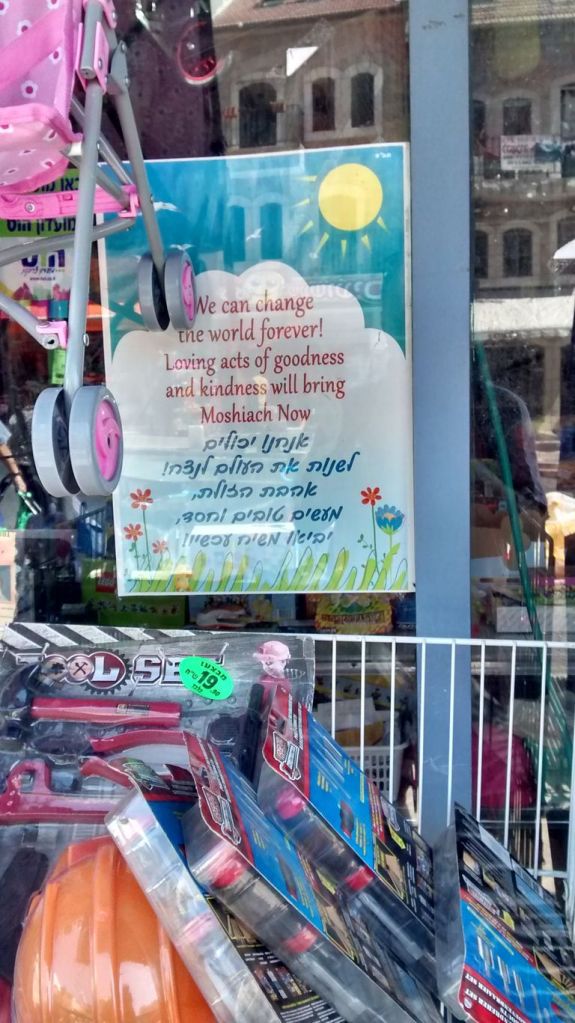 This image was in a toy shop.

This poster is from the same artist was in a fast food joint is not too far wrong.

Its great to see Jewish people really wanting to see their Lord and Saviour, I believe he is ישוע המושיח / Yeshua HaMoshiach (aka Jesus Christ), and revival in Israel is coming soon.