Was watching a concert I recorded off iPlayer during Christmas.   This gig was in Paris after a terrorist attack that happened during another artists’ event. 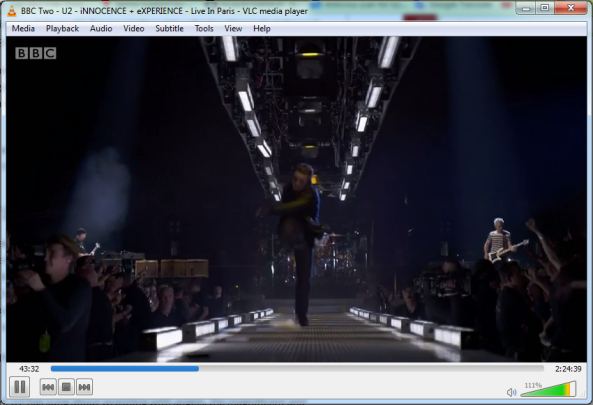 I watched this footage 3 times over to see if I was believing what I saw.  Whilst he is doing this after the song, he is reading out Psalm 23, yelling the Comfort Me!!! several times over.

The song “raised by wolves” is about the conflict in Northern Ireland, specifically about one attack in 1974.  Does he blame Protestant/Catholicism differences for this?   Would Bono rip up a Koran knowing this probably might trigger him having to be Salman Rushdie’s new room mate?

I did some google searching to see if any other bloggers has noticed and commented on this.   It seems various U2 forums thought Bono was tearing up another work of literature.

I love U2’s music but never really thought their activism work really seemed that effective.  This saddened me and I stopped watching this show.   You can probably find this gig on Youtube if you can skip to the point roughly I’ve stopped it, if you find the end of Raised by Wolves song.

With all the ambiguity over the years of if this band of they know Jesus as their Lord and saviour, or just culturally Christian, or weak luke warm ‘progressive’ Christianity, after this, I can’t really take Bono seriously as a believer in Christ.

Interesting analysis of Bono on his faith from this link:
http://bereanresearch.org/does-u2s-bono-a-professing-christian-believe-the-bible/

Additional; just added this scripture which seems apt here
2 Timothy 3 But mark this: There will be terrible times in the last days. 2 People will be lovers of themselves, lovers of money, boastful, proud, abusive, disobedient to their parents, ungrateful, unholy, 3 without love, unforgiving, slanderous, without self-control, brutal, not lovers of the good, 4 treacherous, rash, conceited, lovers of pleasure rather than lovers of God— 5 having a form of godliness but denying its power. Have nothing to do with such people.