At work, we were asked to stop for a few minutes when the siren goes off to remember the six million who perished in the holocaust, so me and some colleagues walked about 200 yards into the centre of town. 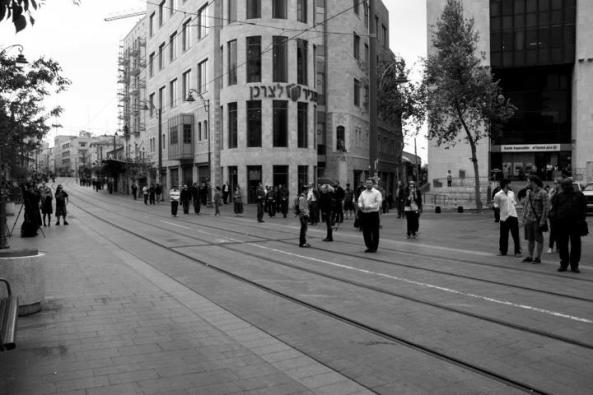 Just 10 minutes from my office is Zion Square, a junction between Ben Yehuda Street and Jaffa Street, which more recently is now completely car free, just an electric rail system passes through. 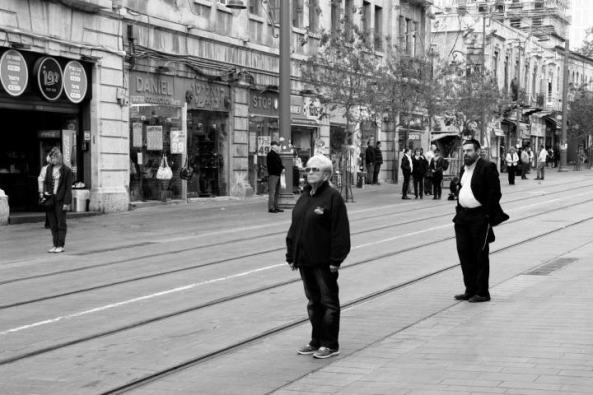 People just stop what they are doing, when the siren goes off.

In other parts of the country, people stopped their cars in the middle of the highway and stood on the road with doors open.

The noise is a chilling drone, probably coming from two directions, aimed mainly at alerting the public if a threat of war necessitates people needing to get into a bunker.   Its an awful noise, but serves as a reminder of the worse tragedy in history.