Wasn’t planning to go to this initially, but saw it on my way home from church worship event on thursday night, so I thought why not. 🙂

I was going to go to the beer event last year but after queueing for an hour, the gates were locked and they wouldn’t let us in.   Something to do with a legal issue about serving alcohol which the government people were discussing with the event organisers.   We ended going a usual local instead.

This time the event was in the old Jerusalem railway station, behind the Lab bar.

Not a bad event, but I didn’t get to see any live bands as I was there about 10.30pm and I guess they had stopped playing.   There were very long waits at the bars, and even waiting at the largest one for 10 minutes, I almost got bored of waiting.  Something to do with lack of normal queueing, instead requires a bit of assertiveness and force to get the barman’s attention. 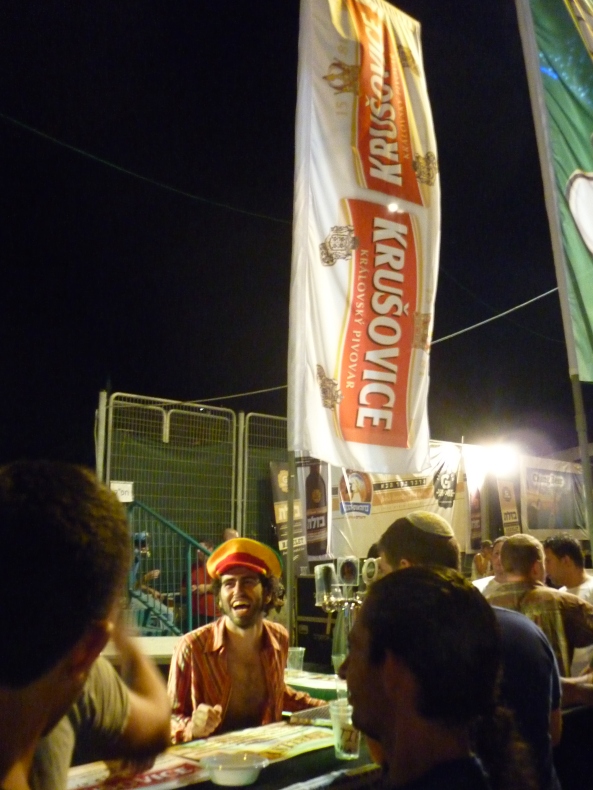 All the beers offered and promoted at this event were all European brands.   Its a shame there wasn’t Goldstar or Macabee there but I guess this was an event for local Israelis rather foreigners who wanted to try something else other than the familiar Israeli beer.  There were quite a few tshirt shops and craft stands.

Good to see none of this ‘my <low_volume_ale_with_daft_name> is better than your <mass_produced_beer_with_big_marketing_campaign>’ snobbery nonsense, there was all kinds of booze offered including some special Israeli vodka I had not seen before.

This maybe down to some good security and police outside, but compared to how an event like this would probably turn out in the UK, I think I only spotted one person you can say had ‘over done it’  a little.

I like the fact that Israelis are neither prude not excessive, and this was a good party event I think, that shows the fun side of this place and the outgoing nature of most Israelis. 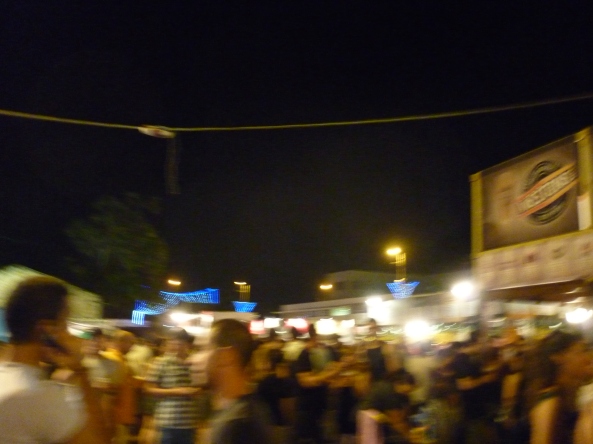