Me and my friend Teddy went to the Yellow Submarine, a music venue that is a sort of converted factory unit in Talpiyot, the southern industrial part of Jerusalem.  I went to this place last year to see Lazer Lloyd, an American Orthodox Jew who plays blues guitar, usually stuff by Clapton or Hendrix.   This is the third time I have been to see a gig of local band here.

I have been wanting to see Michael Greilsammer’s band play in Jerusalem for sometime now, he is a reggae artist who plays violin, with his wife Shimrit on guitar, the bass player is also well known from another Jerusalem based (although Indie rock) band.

I have got to listen to a few local Israeli bands on Youtube which I listen in the background whilst I am at work.

Michael has a new album out very soon, and despite waiting about 3 or 4 weeks for his first CD to be ordered, the local book shop chain Stiemetskis eventually told me they were not able to order it in, despite that Michael is a Jerusalemite musician!

Michael’s music doesn’t really fit any a simple genre, it is reggae but there is quite a bit of Irish folk in it too.   There is a familiar heavy bass and carribean beat to it, and the lyrics in the songs are Hebrew or French.   All his tracks seem to have a feel-good nice vibe and are very dancable too.

You maybe thinking that culture from Jamaica and the Caribbean seems as far away from Jewish life as possible, but  Jewish Klezmer music uses a lot of brass instruments and has a fast temp to it, familiar to reggae and ska which started to become popular in Europe and America in the 1970s. 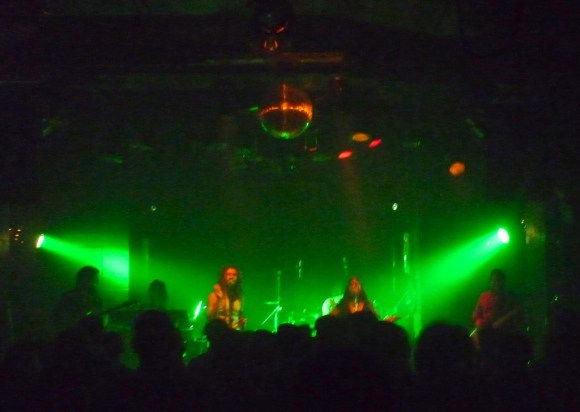 I think Michael writes all his own songs, but there was a good cover of Lion Zion by Bob Marley and the Wailers.    All the other tracks were Hebrew or in French, there was a really nice atmosphere to this gig and would like to see them again.

Its well worth listening to some of his stuff on Youtube or on his below web site.

Hat tip to IGoogledIsrael blog: Darn it!! Peter Hook of Joy Division/New Order/Monaco fame did a gig in Tel Aviv, I am annoyed I didn’t know about this earlier! 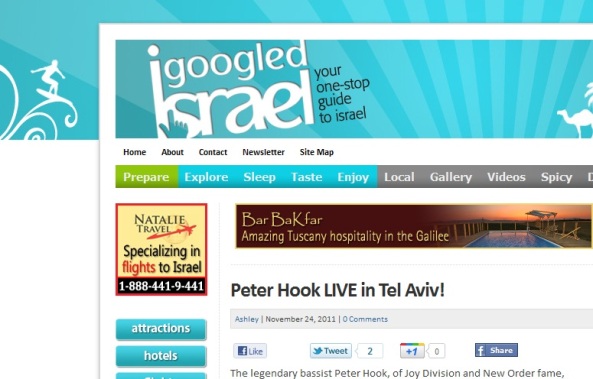 Its good thats hes back playing again, the last I heard after playing in different turns in both New Order and Monaco was that hes started a new venture called Freebass, a band with three bass players, I guess this didn’t work out and now he has a different band again.   Respect to him to dodge any political pressures from Israel-haters which are all over the internet.   I think need to scour Amazon for cheap used CDs to fill the gaps in my collection now.

Respect to Ashley (British chap) who runs IGoogledIsrael for his great mostly political-free site to music, entertainment and fun stuff that Israel has to offer.

Would of liked to go this gig.   Oh well.   I am going to see Hebrew/French speaking violinist reggae artist Michael Greilsammer play at the Yellow Sub in Jerusalem on Saturday with my good friend and fellow blogger Teddy Chadwick, I can’t wait 🙂