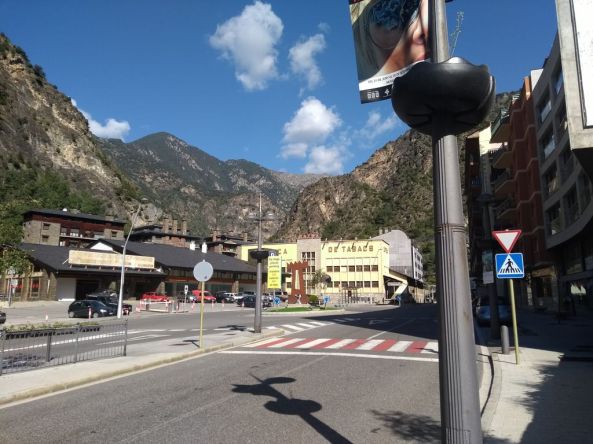 My first real place I set my sights on was St Julia de Loria.

This is the closest town to the border.

Look around 360 degrees and you realise this lovely town is neatly in between the Pyrenees mountains.   Because I was here the last week of September, its neither summer or winter and no snow to be found, nor tourists seeking the slopes, hence I found myself surrounded only by locals.   You can see the tourist information office and Andorra’s own local banks. 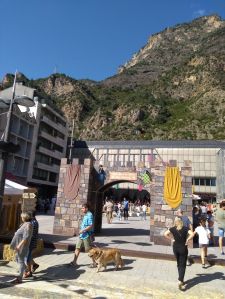 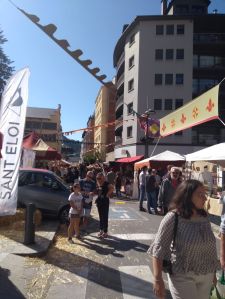 I found myself stuck in a party atmosphere, local families were out and about with a medieval festival.  This looks like an enlarged school or church fete, and everyone is dressed up and having fun.   There is locally produced food, kids jousting event and other games. 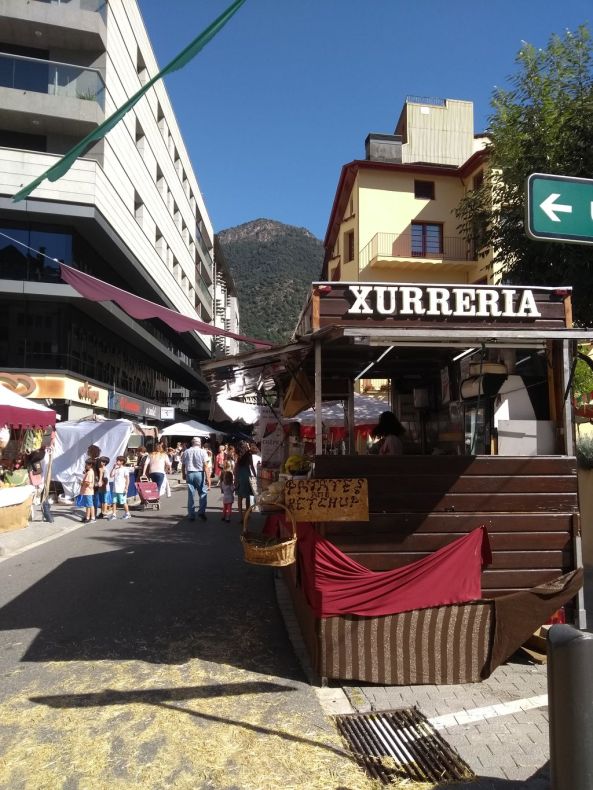 This a stand with “Churros” which are elongated doughnuts which are served with Spanish style Hot Chocolate which looks like the viscosity of engine oil.   I had this before at a cafe in Asturias in northern Spain just before a close friend’s wedding in 2010.

If the X doesn’t look very Spanish, you are right.   Andorra’s main language is Catalan, which is spoken also in Barcelona.   It looks close enough to look like Spanish and a bit of French, but X is pronounced “ch” sound.   In fact, Malta which uses its own Semitic language (ie: like Hebrew and Arabic) also uses X as ch, so does Greek.

Of course, Spanish is used as a close second, and French and Portuguese are spoken a lot.    Some sources say, only 35% of people in Andorra were born there, I can see why many people would make a move to this mini country.

I got off here by mistake.   The bus stopped and the 5/6 other people got off rather at the main bus station at the capital city Andorra le Ville.     So I took another bus a little later.  More soon.

Previous: 2. Motoring in a tiny country

Next: 4. Smoking is good for the economy