Last week I was in the old city and I went past the famous Hurva Synagogue. 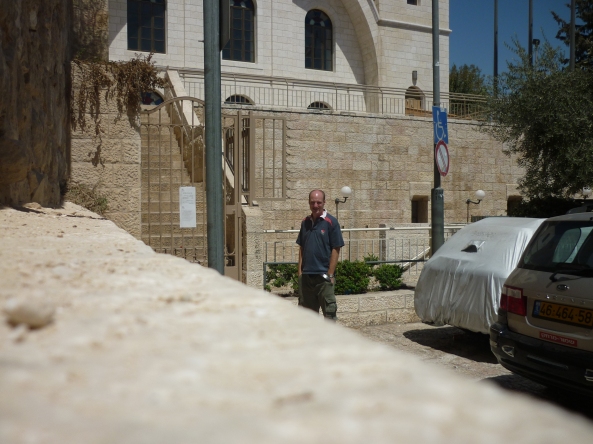 This building was rebuilt and finished in March 2010.   I wanted to go inside, but its only open to the public in the mornings with a groups with a guide.

Following the destruction of this building in the 1948, initial plans for this current synagogue were drawn up in 2000 but the building was not finished until this year in March, about the same week I arrived to do my second season of volunteer work here.   Looking at pictures of the previous synagogue (its been destroyed and rebuilt quite a few times now)  it looks a pretty close copy of the original.

There was a lot worry from possible attacks from Arabs thinking that this a starting point towards building the third temple.   Frequent amounts of history revisionism tries to hide a lot of what has been in this country from the past.  You can click on this photo of a plaque to see this closer.   I think this is a nice icon of the determination of the Jewish people to protect their capital.