When I came back from Tel Aviv at the first day of setting up at the robotics event, I was sad to hear about the earthquake in Japan, and fear of a nuclear disaster.
Even more so as I have worked with at least 6-7 Japanese people in the last year and half.

The other tradgedy just after then was five members of a Jewish family were murdered by a Palestinian terrorist who broke into their house.

Only brief snippets of this was on the mainstream news, not mentioned much apart from in Israel news and Christian supporters of Israel was the fact that people in Gaza celebrated the deaths and threw candy at children in the streets.  The news channels took the step of showing deeply upsetting pictures of murdered people, to try and provoke the mainstream media to encourage condemnation of these horrible acts. 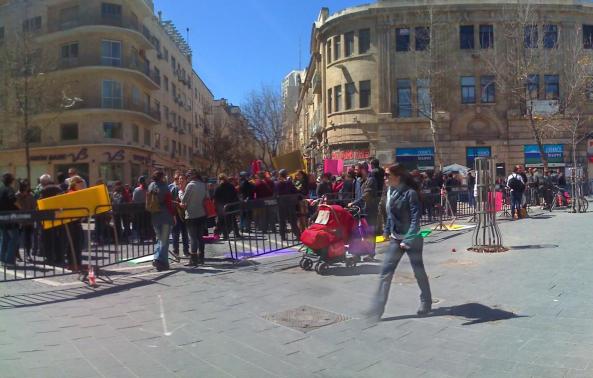 I went down to Zion Square, a busy junction where Ben Yehuda Street meets Jaffa Street, often used for events and protests sometimes.

This was more like a tribute event, rather than a protest, there were police here guarding the event. 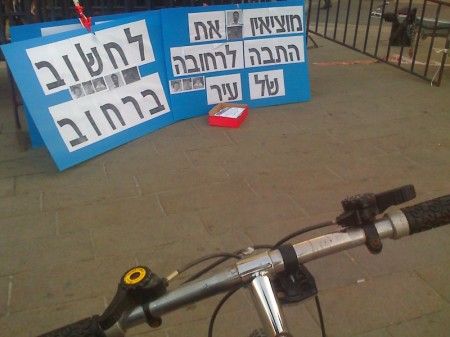 Later when I went home, some police barriers were still there and some signs but the people had gone.