Driving in Morocco, how can I describe this?   Energetic maybe, a lot of roads have fairly liberal approach of where the boundaries are of which lane you should drive in aren’t clearly defined.   For civilians crossing the road, being able to make eye contact with motorists heading your direction, being able to run across is a must.   I’ve no idea how elderly people or disabled managed to get across, there is very very few traffic lights.

I wonder if instead “D” for drive symbol on an automatic could be replaced with the first Arabic letter of the word Yallah…. 😉 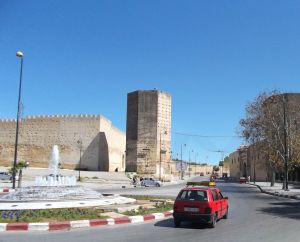 These are small taxis, designed to be economical and get round tight narrow street corners that big Mercedes can’t.   They are always red, and have a cage roof rack.   Usually a choice of a Fiat Uno, Peugeot 205 (or 206, 207 or 208) or Dacia. 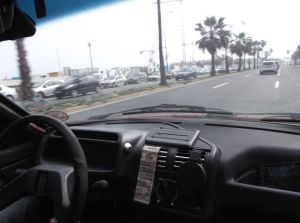 Last time I rode in a 205 was in the early 1990s as my friend’s parents took me to a party in a car that was quite new.   This one has done 250,000kms but its worth pointing out it looks like its been crashed several times and had the bumpers/grill etc pulled out but not quite straight meaning it all looks a bit crooked and the boot doesn’t close properly.   Note this car has had the rubber over the steering wheel worn down to the bare metal.   In the UK the legendary 205GTI is now rare and mint ones are worth £7000, so it would be interesting to find if any 3dr 205s with tidy bodywork could be shipped over to form the basis of a restore job. 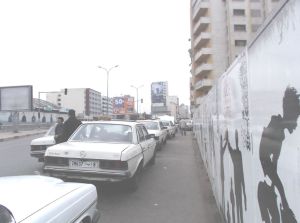 These are the bigger taxis used for airport and long distance driving.   The African favourite, is the Mercedes 240.   Reliable, tough and simple to maintain.  All of these are cream, and probably early 1980s models.

Its worth saying without a shadow of a doubt, taxi drivers will quite certainly try and rip you off if you are foreign.   Excuses of the meter broken, or different prices if you don’t speak French or Arabic will exist, so its best to agree a price before he gets moving. 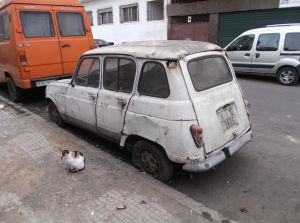 The Renault 4.   My mum’s friend had one of these and took us to school twice when it was raining.   This boxy utilitarian thing was meant as a an upgrade from the rival tin-shed Citroen 2CV with similar charm.   I remember the rain would make a loud noise on the roof of it. Strangely enough, the Renault 4 which was made from the 1960s until 1990s was actually built in Casablanca, so I saw quite a few of them.   This highly well worn corroded heap is dubious if its actually capable of moving on its own.   It has a hole in the side large enough to put your hand in. 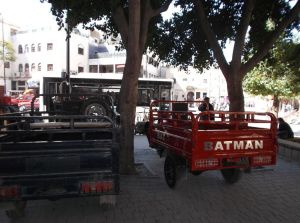 No I’m not joking, well almost.   This brand of vehicle is called ‘Batman’ which I think is from the city of the same name in Turkey.    Not a Indian Tuktuk, but an odd hybrid of motorcycle and van parts probably built in someone’s shed.

Theres a few of these I’ve seen in really good condition.  I haven’t seen any since the one I saw used to transfer meat in Nazareth.  This early one would make a nice classic to drive around. 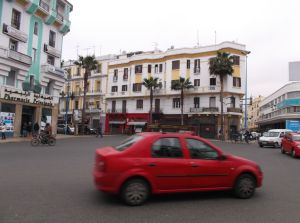 The car is often part of a running joke on Top Gear.  Pronounced “Datcha” this is a sort of Tesco value car, a no frills brand of vehicle built in Romania but owned by Renault.   They’ve been around since other Soviet era type rival motors like Lada, FSO and Yugo, but they are a bit better these days.    The modern day Dacias are ok, and there’s absolutely loads of them in Morocco as they are also built there, and I’m guess sold to the rest of African continent. In Israel I’ve seen them but with Renault badges on, but the middle east prefers the different range of Renault cars built in Turkey. 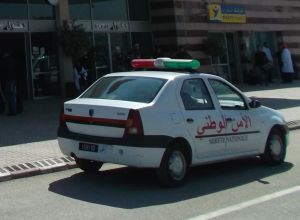 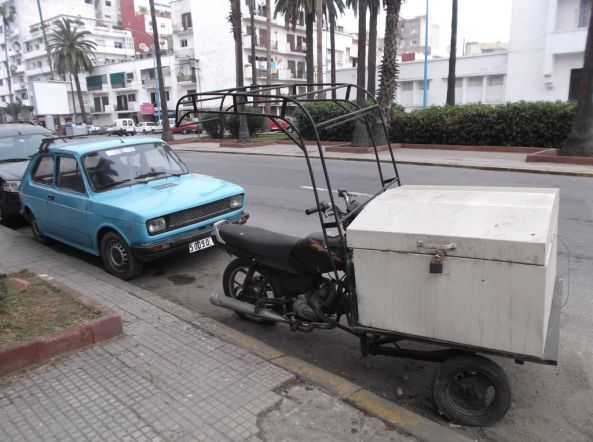 A Fiat 127 (my Dad had one of these) which are still also popular with Palestinians in Bethlehem, lands that rust forgot. And another hybrid bike van thing. Very large pizza delivery?

This is Rabat. Only saw a glimpse of this city when changing trains. Taxis here are blue for some reason.

Next. 9. Train to Casablanca