Often common mainstream opinion these days is Israel “goes and helps itself to someone else’s land and justifies it by religion and nationalism.”    But actually, when you look at history this isn’t true.

I found this old book at a library of a charity I was working for in 2016, but one with no interest in Israel.   Its a Reader’s Digest Atlas, its first printed in 1965 and this edition is from 1982.

Contemporary maps may mark out the West Bank and Gaza regions as ‘Disputed territory’ just to be even-handed and diplomatic. 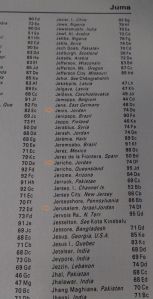 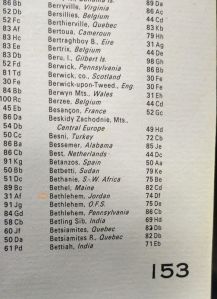 Jerusalem was recaptured by Israel in the Six Day war of 1967.   Therefore much of this book predates it.   It would appear the 1972 reprint didn’t show a modern Arab Palestine.   Before 1948 Israel was the British Mandate of Palestine, and before 1918 it was owned by Turkey.

A new proposed Palestine is proposed as being sovereign Arabic nation, this is actually a modern concept which leaders around the world are trying to make a reality to appease Islamic authorities in the name of peace.   They are severely misguided.   The most well known father of Islamic Palestinian nationalism is Yasser Arafat.    Who was born in (cough ahem) Cairo, Egypt.

Palestine as a name was invented by Roman emperor Hadrian in AD120.   When crudely transliterated into Arabic, it is pronounced Filastin.   This is because the Arabic language doesn’t have a letter P.

You might think “hold on, you can’t gauge history by just one book?”   – well if you care to look at reliable sources of history, rather than Islamic sources you will find this to be correct.