Everyone here seems to love the King.

So you see his face everywhere; 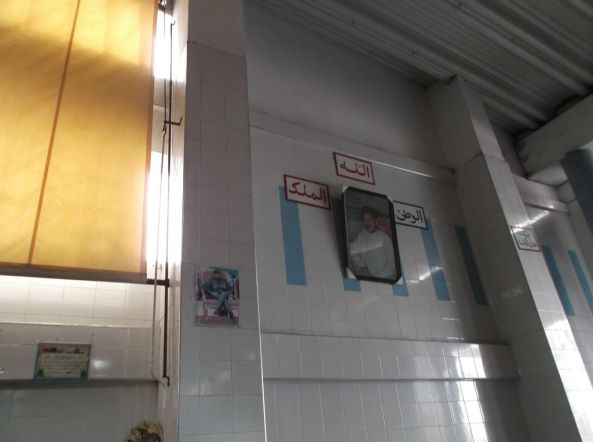 This is a big hall used for the busy market for selling meat and fish I saw in Tangier,

Above every electronic signage system in the railway stations.

In many cafes, restaurants and hotels there he is also, sometimes in a suit, or sometimes in a Arabic or African type of outfit.    Its nice to see people have such admiration for their leader.

In addition to being a monarch, he is a pretty shrewd businessman from what I have read.   He’s been leader since 1999, coincidentally the same year Jordan’s current King Abdullah also came to power.

Several other pictures were seen in a few shops I visited, whose owners told me that they were lucky enough to have the King come and visit their business.