Taking a break from Israel, the Middle East, and China, as part of my obsession of the littlest countries of Europe, I decided to take two days off work and spend a long weekend in Luxembourg.

Tiny countries often have some nice perks.    Monaco, Bahrain, and San Marino have race tracks, some like Macau and Monaco are big on gambling and glitziest nations for the uber-rich to hang out.  Many have eccentric monarchies and tax breaks and opportunities (Gibraltar) to buy cheap fags and booze.

Dead centre in the middle of Europe, Luxembourg is often described as being part of the BeNeLux countries (Belgium, Netherlands and Luxembourg) so my thinking without research would be that this little country would be Flemish/Dutch type of culture.  Actually, I was completely wrong, this nation is a lot more like France.

Luxembourg’s most immediately stood out character is the hilly terrain and these stunning railway viaducts. 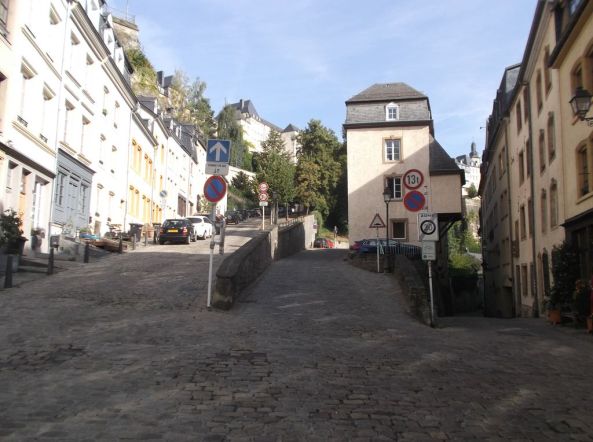 Holland and Belgium and much of northern France has most of the residents cycling, the steep roads in this city are a bit too much for all but the most extreme bikers I think!