The 8th of October is Yom Kippur or day of atonement, one of the most significant events in the Jewish calender, its a holiday where everything shuts down completely, people fast, stay at home and huge numbers of people visit the Kotel (Western Wall)

Me and some friends decided to do some spontaneous craziness, there is a big tunnel that passes under the front of the Jaffa gate, its part of a big dual carriage highway that acts as a important traffic artery that winds its way hidden under the famous gate so not to spoil the historical look of the old city.   This road is very busy, and there is only one day where its empty… 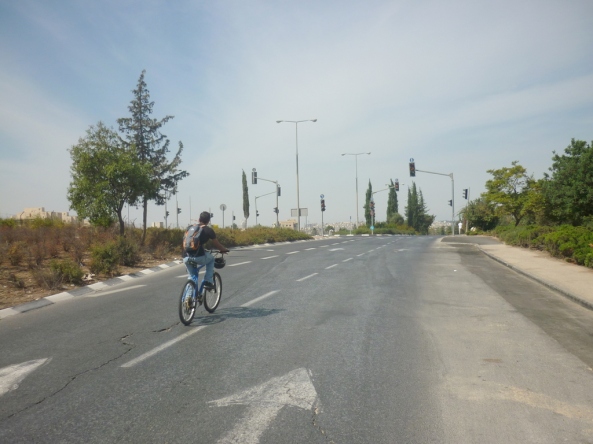 I am riding up with my friend Yossi who lives quite near me, bizarrely all the traffic lights around Jerusalem are permanently flashing amber.

Heading towards the tunnel, oh wait, drat – its shut!!  Bah.

Waiting for the other guys to show up, one of them was still in bed!   Slackers. 🙂 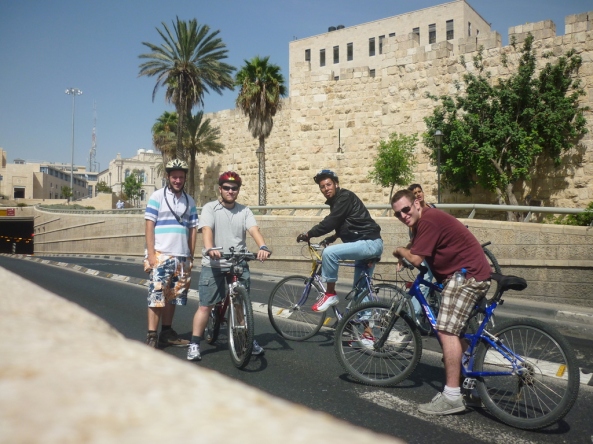 The tunnel is shut – as in there is a barrier over one side of the ride to stop cars going in, easy to dodge this on a bike though 🙂 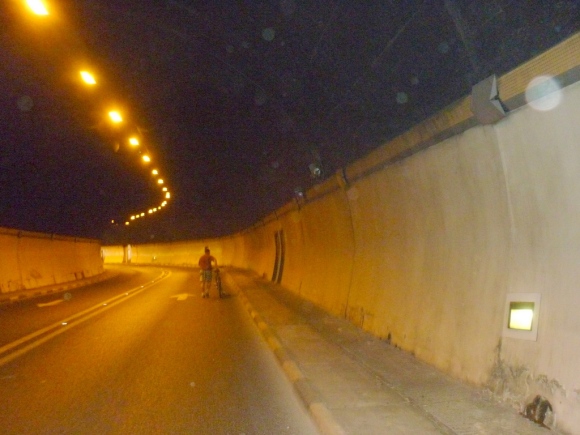 One of my other friends got some videos of this, maybe try and put this on Youtube later…

Ok, this is one way back, the road is a steep, not that obvious, but you give up riding 1/3 of the way back! 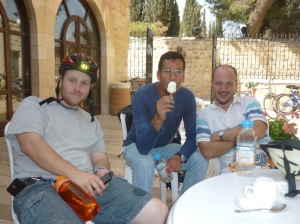 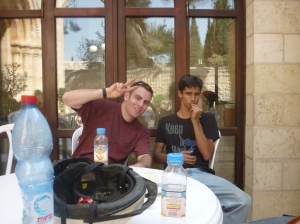 Stopping for ice cream at German Monastery in Old City.

Some general randomness and goofing off all around the city, including going up some steps reveals some bike-friendly and a skateboarder’s paradise of slopes and interesting corners to ride around….

Certain bits of the old city gives you hidden rooftop views of the markets below..

After this epic ride around a few of us went to the Kotel (Western Wall) and got some pizza.   Good day I think with my Christian, Jewish and Arab buddies. 🙂