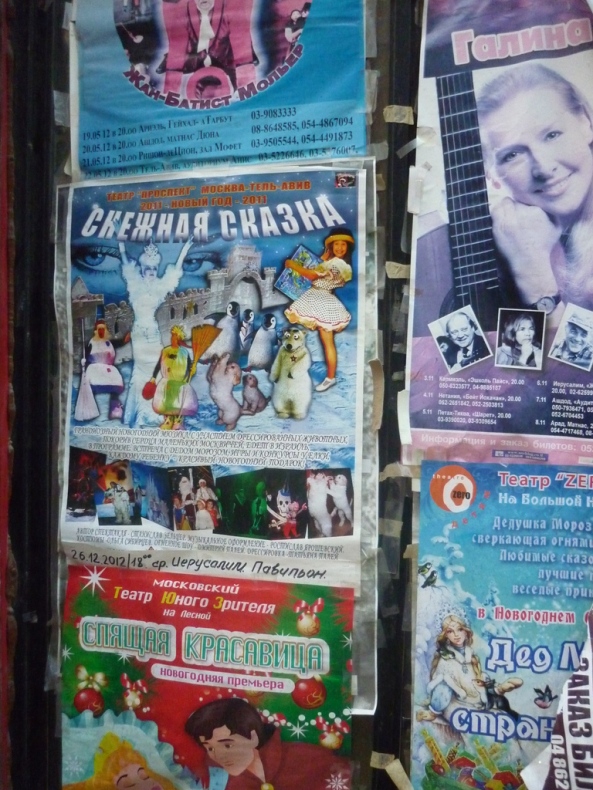 This is quite an unusual sight as Christmas is a non-event apart from Arab Christians and Armenian Christians who live here.

This was outside a shop in Agrippas Street in Jerusalem that sells newspapers, magazines and books in Russian.   Russian speaking people from ex-Soviet states make up at least 15% of the population here.