Well, Andorra is a principality.  This is a funny term.   It seems to refer to a country that still has a monarchy.    The only other nation that uses a principality term is another little country I visited which was Monaco (Between France and Italy this time)

Andorra doesn’t have a conventional monarchy.  The PM is Antoni Marti.  But there are two part time ‘princes’ one is Catholic Bishop Joan Enric Vives Sicília who lives in Barcelona, and the other is French premiere Emmauel Macron.   Confused?   I was.  I guess Andorra needs a local, and two leaders of ‘parent’ countries, with one knowing French and the other knowing Spanish and Catalan.

Some other bloggers told me they visited Andorra and thought it was boring.   Actually, I liked the small town of St Julia, the main capital city, Andorra la Ville, and the small village of El Tarter next to the mountains where I stayed.   Ok, so this bus station and surrounding town aren’t that exciting, and yes, it’s very touristy with shopping malls and cheap booze and cigarettes.     But I did plenty of walking around seeing what makes the place tick.

I wanted to see Andorra’s own government buildings.    Here’s is what I think is the main government.    Here’s another perplexing question.   On the left and right, are three flagpoles only populated with one flag in the middle, the blue/yellow/red Andorra flag.   What are the empty ones for.

Here is the police station.   I don’t know what the little sitting men are on the poles.  They aren’t Buddhas, I think they look more like the thinking Greek man statute. 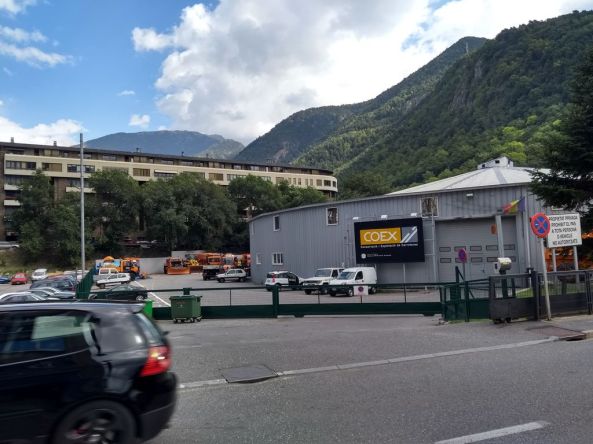 Opposite the government offices is this facility.  I’m not sure exactly what it is, there are snow ploughs and maybe its specifically for clearing up the roads in severe weather. 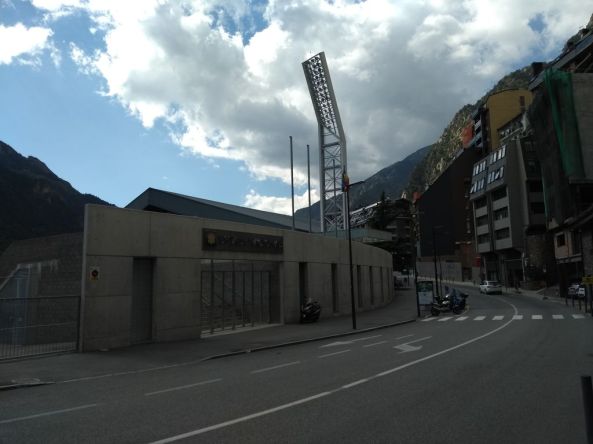 There’s a decent sized football stadium!   You could maybe watch from up on these mountains instead. 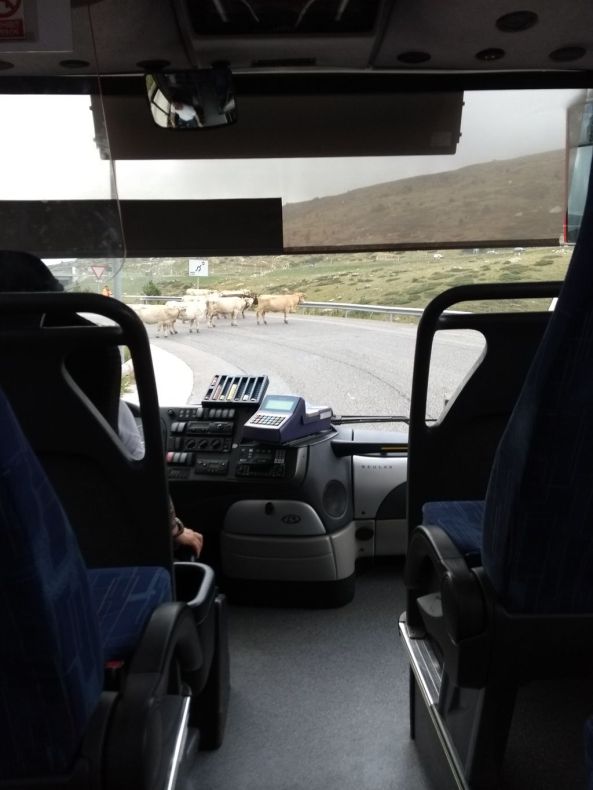 Only maybe 10-15 kilometers away, I’m being dropped by the bus driver to my youth hostel at a small town called El Tarter.   I actually miss the stop as a fall asleep, the driver tells me to stay put and he would drop me of shortly after.    I got to see these cows being herded across the main road.

Previous 4. Smoking is good for the economy