There was just something irresistible about taking a break from my IT job at a hospital back in 2005 needing some adventure and not really travelled back then.

Research showed that Monaco, possibly the most expensive country in the world is very close to the city of Nice, in France which is served by Easyjet.

So, it was simple as a 6km train ride into the place of a motor racing mecca and glitzy casinos.

Nice has ferries to Corsica, an island that looks like it should be part of Italy, but is actually French owned.  The other side of Nice has Cannes, famous for the big film festivals also.

Although because this trip was so long ago, I can’t actually find my photos from back then. 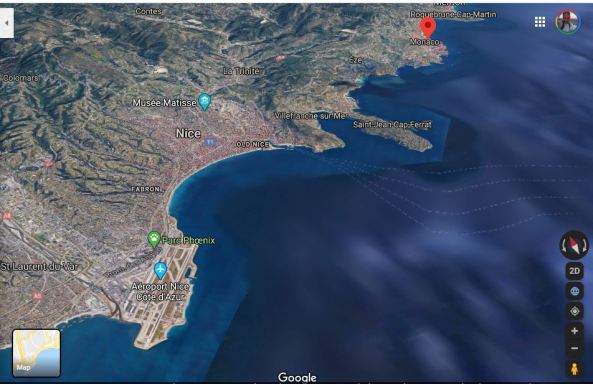 When you take a flight directly into Nice, the plane effectively does a 180 degree turn so if you are sat in the right place, you get a view of the whole of the edge of the Mediterranean. Nice (!)