More churches in caves here in Ihlara near Cappadocia in Turkey with pictures on the roofs of biblical characters. 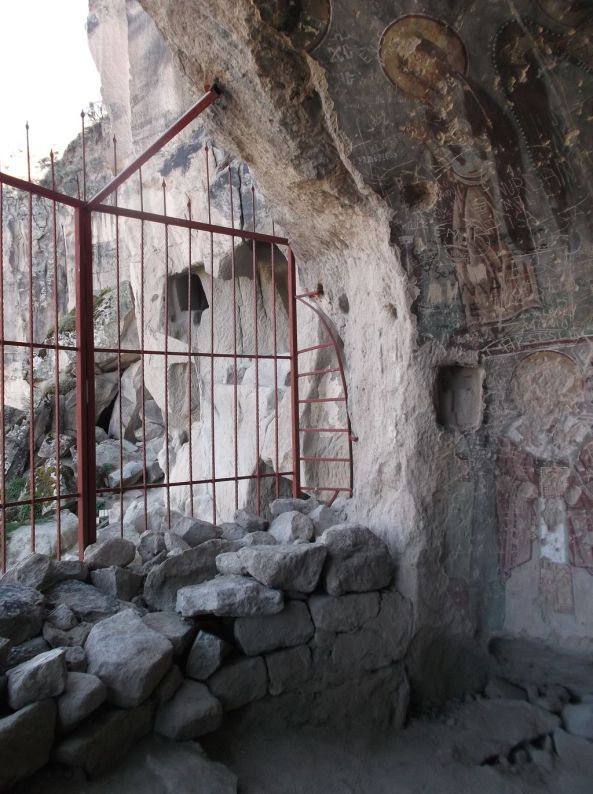 Our tour guide told us something strange.   There is damage and graffiti on these walls, but oddly mostly through scrubbing out the eyes and faces of Jesus, Mary and the apostles.

But also, there are eyes painted onto the walls as well!!

Here in Turkey, the eyes are now a cultural icon, showing up on all kinds of goods including these fridge magnets.

This is strange, as I know that Judaism and Islam have a kind of added on superstitious tradition of an ‘evil eye’  this is often seen with the Hand of Fatima, a kind of good luck amulet to warn evil spirits, I’ve seen this some Jews in Israel as well as Muslims in Morocco.   In Judaism this is comes from Kaballah which is a form of mysticism and not biblical.   The hand of Fatima I think is actually an Islamic thing.

These eyes were part of something superstitious added on the church.  When you think of that Paul had to reprimand the early Christians for bringing in unbiblical teachings, this isn’t that much of a surprise.

2 comments on “Trip to Turkey 14. The caves have eyes”