So the Germans can do industry like Mercedes and Siemens, and the Swiss can make small and precision things like watches, this nation has its only unique portfolio of industries.

One of the places I really wanted to see in Liechtenstein was the headquarters of Hilti.  I didn’t get time to, but I’ll demonstrate from this 3D map.

This is in the bigger town of Schaan.   Martin and Eugen Hilti who are brothers set up this company in 1941, and is now a $5B company with offices all over the world and 29,000 staff, yet amazingly, they are still in this teeny nation.

Wikipedia tells me Liechtenstein has a population of only 37,877, yet about 20,000 people actually commute into a tiny country.

Ivoclar Vivident is the world’s largest maker of false teeth, also based in Schaan. 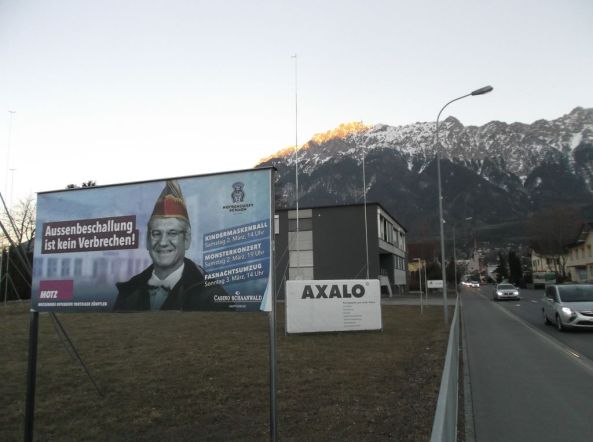 This might be the wrong poster, but a sign similar to this was advertising a current mayor who I spotted had the surname Hilti.  When I visited another tiny country, Malta in 2014, I noticed there are a lot of very common occurring surnames, from certain families.